Cocaine addiction is one of the most common substance use disorders and understanding the substance itself can aid in recovery.

Cocaine addiction is one of the most common substance use disorders and understanding the substance itself can aid in recovery.

Cocaine is one of the most commonly abused substances in the United States, with rates of abuse only increasing. Cocaine addiction can greatly impact one’s life, but recognizing the signs and symptoms of this disorder can help you or a loved one regain control of life once again.

Central nervous system stimulants act as a catalyst for most nervous system reactions, causing an increase in speed in the rate of communication between the brain and other parts of the body. They can cause a change in brain chemistry, usually by increasing certain chemicals.

Why is it Addictive?

Since cocaine directly impacts the central nervous system and elevates brain chemicals, it can be easy for the body to become accustomed to these changes. This factor can lead to addiction, and, when cocaine is no longer administered, withdrawal as the body begins to revert to natural levels.

There are many slang or street names for cocaine, including:

Who Is at Risk for Cocaine Addiction?

Addiction to Other Drugs

For many, substance use disorders occur as a result of attempting to self-treat a mental illness, such as depression or anxiety. Due to the favorable effects, a substance may have on the body, individuals may take more doses than safe, which can lead to an addiction.

How is Cocaine Used?

Due to its diverse forms, cocaine can be administered in several ways. Each method of administration comes with side effects extraneous to those of general use and can impact different parts of the body differently. Some methods are more dangerous than others, although all use has the risk for negative effects.

Cocaine addiction symptoms may also be worse with certain methods of administration or withdrawal symptoms.

S Smoking is the most common method for administration for crack cocaine due to its ability to easily be ignited and inhaled. Smoking can lead to a rapid onset with more intense effects. However, it also increases the risk of respiratory damage and cancer. The typical cocaine abuse symptoms are also present with freebasing.

Injected by Dissolving in Water

Because it is water-soluble, cocaine can be dissolved in water, allowing it to be injected into the bloodstream. This method increases the risk for various negative effects, such as the spread of blood-borne illnesses including hepatitis and HIV, as well as the risk for skin and blood infections. The injection can also increase the severity of cocaine abuse symptoms as well as the chance of an overdose occurring.

Snorting is one of the most common ways to administered powdered cocaine. It allows for the substance to reach the central nervous system at a more rapid rate. However, it can also lead to a variety of side effects ranging from chronic nose bleeds to nasal septum perforations, which can increase the risk for infections.

Oral ingestion allows for cocaine to enter the body through the gums, where it is absorbed into the bloodstream. The chemicals present in the substance itself as well as added in through the recreational market (often sellers “cut” cocaine with different substances) can drastically damage oral health, which can thus impact the body in many ways including increasing the risk for cardiovascular problems.

What Is the Difference Between Crack and Cocaine?

Chemically, crack and cocaine are identical substances. Their differences lie in their methods of administration, as well as their appearance. Both may also cause different signs of cocaine addiction to manifest.

Rock cocaine is often visually similar to a large rock of quartz. It comprised different layers of crystalized cocaine that can be broken off, hence the name sleet. In this form, cocaine is most commonly smoked.

Powder cocaine, however, involves taken the splinters that break off the rock and grinding them into a fine powder. This method allows for the substance to be administered in other ways, such as snorting or injecting.

Why is Cocaine Use on the Rise?

While cocaine use has been rising for many years due to its brain stimulation effects and dopamine production, COVD-19 has had an impact on its usage. This issue can be due to many reasons, including relapse as a result of stress.

Statistics on Cocaine Use

Even before 2020, the increase in cocaine use can be seen. In 2018, for instance, cocaine addiction stats have shown at least 14,630 people died from a cocaine overdose, with the rate increasing every year since 2011.3 In 2020, cocaine use was observed even in children, with studies focusing on children as young as in the eighth grade.

Many of the overdoses observed in recent years have come as a direct result of fentanyl-laced cocaine. When cocaine is mixed with or otherwise contains fentanyl, there is an increased risk for overdose, as well as other permanent debilitating conditions.

Fentanyl is an opioid similar to morphine but considered much more potent in more concentrated forms.4 When taken in large amounts or combined with other substances, such as cocaine, it has a high risk of being lethal.

Cocaine and Other Drugs

Because cocaine commonly appears in social settings, it is often mixed with other substances. While different substances will interact with cocaine in different ways, the resulting symptoms and effects are usually dangerous.

As a depressant, alcohol can make decision-making difficult. It can also impair overall thinking abilities, making it difficult to tell how much cocaine has been ingested. It can increase the risk of overdose.

Often, marijuana is taken with cocaine to eliminate negative impacts. However, like alcohol, marijuana can increase the risk for a cocaine overdose by impairing decision-making and thought processes. Since both can lead to cardiovascular problems, the risks of damage occurring in that bodily system are also increased.

When heroin and cocaine are mixed, it is known as speedballing. Heroin is an opioid that has equal but opposite effects as cocaine and mixing the two can greatly increase the risk for an overdose while having the potential to harm different areas in the body. 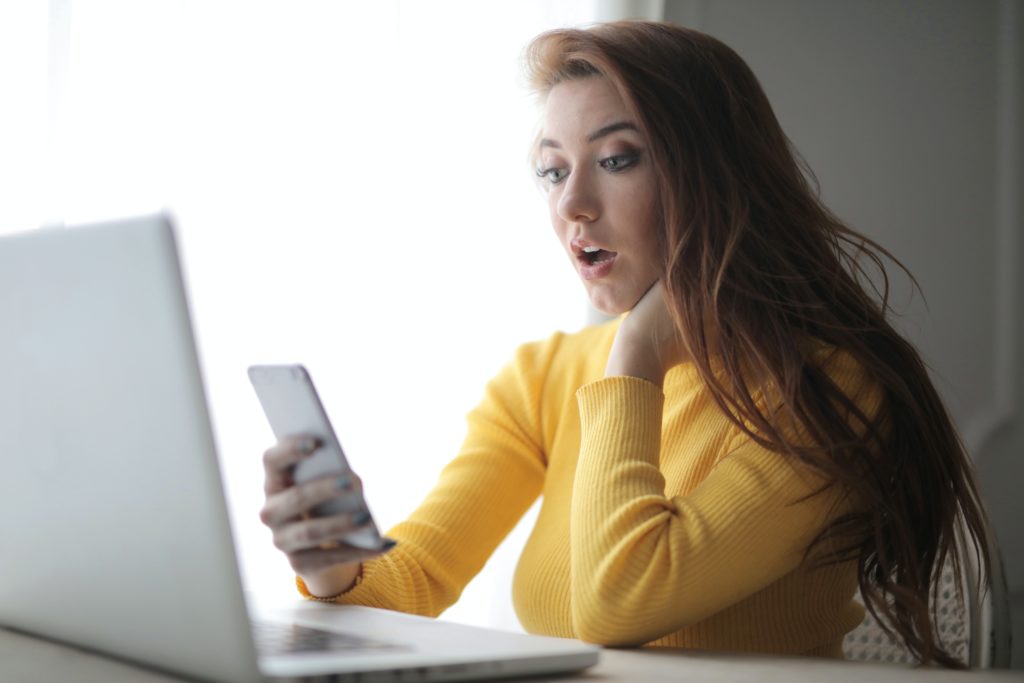 While cocaine is often taken for the feelings of euphoria it can produce, it can also lead to different side effects. Most often, these symptoms can cause mental distress and discomfort and may result in dangerous behavior.

One of the most common symptoms of cocaine use is anxiety. Since cocaine stimulants the central nervous system and the production of different chemicals, it can also enhance existing anxiety or lead to the development of the condition.

Paranoia induced by a cocaine abuse disorder is most often experienced in those frequently exposed to the substance. It can manifest in many ways, from general anxiety and feelings of panic to severe paranoia that may impair daily life. In extreme cases, cocaine paranoia can lead to psychosis.

Feelings of panic often occur alongside paranoia and anxiety and can continue even after a dose of cocaine has been eliminated from the body.

Overconfidence and feelings of grandeur are often associated with cocaine use. These feelings occur as a result of elevated brain chemistry, especially dopamine.

While this sense of overconfidence may be desired by some, it can lead to dangerous behaviors that could harm the individual or those around them. This factor, paired with impaired thinking and decision-making, can even lead to death depending on the circumstances.

Can You Overdose on Cocaine?

A cocaine overdose can occur any time the body encounters toxic levels of the substance, which occurs most often when cocaine is combined with other substances, especially alcohol or other stimulants, but can occur on its own as well.

How Much Cocaine Does It Take to Overdose?

A toxic dose of cocaine can depend on many factors and can vary by individual. Poly-drug use increases the risk of overdose no matter the dosage, however.

Dangers of an Overdose

An overdose can also have other effects, though, some of which may be permanent such as brain damage. If an overdose causes a seizure, that can lead to bodily harm while also increasing the chance of brain damage, especially if head trauma occurs. Noticing the signs of cocaine overdose early can help prevent severe injury.

Getting Treatment for Cocaine Addiction

There are many options available for those looking to recover from cocaine addiction, as well as any other form of substance use disorder.

Detoxification is the first step in recovering from cocaine addiction. This process allows the body to eliminate any traces of the substance and begin to revert to its natural chemistry. However, withdrawal often comes as a result of detox, which is why it is best done under the supervision of a medical professional.

Detox can be undergone either in an in- or out-patient facility and can be combined with several other treatments.

Psycho and pharmacotherapy are valuable options not only for treating a substance use disorder but also withdrawal symptoms and co-occurring conditions that may otherwise increase the risk for relapse. One of the most commonly recommended therapies is cognitive-behavioral therapy, which focuses on anti-reward pathways and brain rewards to help connect thoughts and behaviors while recovering from cocaine addiction.

While different, both forms of care offer their benefits and often combine several different kinds of treatment.

While psycho and pharmacotherapy are the two most common forms of therapy as a treatment for substance use disorders, they aren’t the only option. Alternative therapies can approach addiction in different ways and are beneficial when combined with other forms of treatment, such as traditional therapies.