Mental Illness vs. Autism and Other Developmental Disorders

Mental Illness vs. Autism and Other Developmental Disorders

When someone with autism also has a mental illness, it’s known as a dual diagnosis. Often, once a diagnosis of autism spectrum disorder is made, symptoms of mental illnesses like anxiety and depression lessen due to greater self-understanding and access to resources and support.

Here, we look at autism spectrum disorder and mental illness, including what the differences are and how they’re diagnosed and treated.

Mental illnesses are health conditions that involve changes in mood, emotion, thinking, and behaving. They are associated with mental distress and problems with social functioning. Around one in five adults in the United States has some form of mental illness at any given time, according to the American Psychiatric Association.1 The most common mental illnesses are anxiety and depression. Mental illness can occur at any age and is treatable with medication, therapy, or a combination of medication and therapy.

One in Five Adults Have a Form of Mental Disorder

While mental illness and developmental disorders have key differences, they also have some similarities. Both are diagnosed and treated by mental health professionals, including therapists, psychologists, and psychiatrists, and both are found in the Diagnostic and Statistical Manual of Mental Disorders, which is used to diagnose mental conditions. Both mental illness and autism occur in people of all ethnic, racial and economic groups. However, it’s around four times more common among boys than among girls, according to the Centers for Disease Control and Prevention.2

Autism is 4 Times More Common in Boys Than Girls

Over 200 different forms of mental illness have been classified to date. Anxiety disorders, major depression, and ADHD are among the most common mental illnesses that occur in people with autism spectrum disorder.

In general, mental illness is believed to be caused by a range of factors, including:

Genetic traits: Mental illness is more common in people who have blood relatives with a mental disorder.

Environmental exposures: Being in the womb, including toxins, stressors, and inflammatory conditions.

Brain chemistry: Brain chemicals govern mood and emotion, and when the production of neurotransmitters or the function of nerve receptors change, mental illness often occurs.

Withdrawal from friends and family

Changes in eathing or sleeping habits or sex drive

Pervasive developmental disorder – not otherwise specified is sometimes referred to as “atypical autism.” PDD-NOS is diagnosed when a person meets some, but not all, of the criteria for autistic disorder or Asperger syndrome. Symptoms of PPD-NOS are milder than those of autistic disorder.

While these were once diagnosed separately, they are now diagnosed under the umbrella of autism spectrum disorder. If someone is “on the spectrum,” it means they have behavioral and developmental characteristics associated with this disorder. The autism spectrum ranges from being highly skilled at learning, thinking, and problem-solving to be severely challenged in these areas. Some people with autism require a high level of daily support, while others need far less support and live independently.

Researchers don’t yet know the exact causes of autism spectrum disorder, but studies suggest that both genetic and environmental factors come into play. Some of the risk factors for ASD include:

Having a sibling with autism

Having certain genetic conditions, including Down syndrome, and Rett syndrome

Signs and Symptoms of ASD

People with autism also have marked strengths, which may include:

The ability to remember information for a long time

Being a strong visual and auditory learner

Excelling in a particular subject, such as math, art, or music

How Autism Spectrum Disorder is Diagnosed and Treated

Autism spectrum disorder is diagnosed based on a child’s development and behavior, according to the National Institute of Mental Health.3 It can be detected as early as 18 months, although most children aren’t diagnosed until after the age of four. The sooner it’s diagnosed, the better the developmental outcomes.

While there’s no cure for ASD, early intervention services available under the Individuals with Disabilities Education Act can dramatically improve a child’s development, including walking, talking, and interacting socially.

Treatment for autism spectrum disorder is highly individualized and involves a combination of therapies, services, and support. Although there are no medications that can treat the core symptoms of autism, medication may be used to improve functioning by helping individuals manage issues like seizures, depression, high energy levels, or difficulty focusing.

For the most part, treating ASD involves non-pharmaceutical interventions, such as:

Learning practical skills like dressing, bathing, and relating to others

Helps an individual cope with sensory information like sounds and touch

How Mental Illness is Diagnosed and Treated

For someone who is on the autism spectrum and also has a mental illness, treating the mental illness in the context of the developmental disorder is essential for success. People with autism should find a mental health provider who is experienced in treating people who are on the spectrum.

Treating mental illness, like treating autism, requires a highly individualized treatment plan. Ideally, treatment will include both medication and therapy, along with lifestyle changes that support good mental health.

Medication is used to treat symptoms of mental illness. Medication can effectively reduce the severity of symptoms, such as the repetitive behaviors that characterize obsessive-compulsive disorder or the panic attacks associated with an anxiety disorder. Medication works by altering the balance of the brain’s neurotransmitters, which govern mood and emotion and affect our thought processes.

Medication alone isn’t typically enough to treat mental illness. Therapy goes a very long way toward recovery. That’s because mental illness generally involves dysfunctional thought processes, which must be identified and changed to bring about a full recovery. Additionally, mental illness often results from trauma, which can be treated with therapy. It also often stems from inadequate coping skills, which can be learned through therapy.

Some of the therapies used to treat mental illness include:

Focuses on the patient’s social behaviors and interactions

Lifestyle changes that help treat mental illness include daily exercise, which is highly effective for treating depression, and a healthy diet, which promotes healthy neurotransmitter function.

Researchers are learning more and more about autism every year. While it was virtually unheard of just a few decades ago, autism is now a well-known (although not very well-understood) disorder. Its prevalence has risen from one in 1,500 children in 1975 to one in 59 children today, according to the CDC, making autism a very common disorder.4 Still, myths and misconceptions about autism spectrum disorder abound. Here, we debunk the most common of these.

Truth: Numerous large-scale, high-quality research studies have been carried out to determine what relationship (if any) vaccines have to autism. None of this research has found any scientific evidence to back up this widely believed claim. The truth is, autism is highly complex and has a range of risk factors, including genetics and environment. Vaccines are not a risk factor for autism.

Truth: Surely, there are some people with autism who choose to stay away from other people, but the vast majority enjoy socializing and want to have friends. But some don’t know how to interact with others, and they may make social mistakes that leave them feeling anxious about interacting with people in the future.

Truth: For some people with autism, learning is definitely a challenge, and while progress will be made, it can be slow. Teachers who understand autism and have experience working with people on the spectrum can make a huge difference in how well and how much a child with autism learns.

Truth: Some people who have autism have savant skills, such as being able to recite the phone book or calculate complicated mathematical problems in their head. But most don’t, although many people with autism have impressive strengths, such as a good visual memory, that help them get by in the world.

Myth: People With Autism Can't Feel or Express Emotion or Understand the Emotions of Others

Truth: People on the spectrum enjoy a wide range of emotions like neurotypical people, but they often express their emotions in different ways. Although some people with autism may have trouble deciphering unspoken communication or tones of voice, the majority can feel empathy when someone clearly expresses their emotions.

Having autism doesn’t prevent most people from enjoying a happy, productive life. In fact, quite a few famous people are or appear to be on the autism spectrum, including these fine ladies and gentlemen. He is known best for his role on Saturday Night Live! and Ghostbusters, Dan Aykroyd, was diagnosed with mild Asperger’s syndrome when he was a child. He has talked and written extensively about his experiences and how they made him who he is—and how they shaped his Ghostbusters character. Susan Boyle found fame on Britain’s Got Talent, where she left the judges in awe of her angelic voice. Boyle was diagnosed with Asperger’s syndrome as an adult, which she said gave her a great deal of relief. “I was told I had brain damage,” she told The Guardian “Now I have a clearer understanding of what’s wrong, and I feel a bit more relaxed about myself.” Charles Darwin, the Father of Evolution, was diagnosed with Asperger’s syndrome by a leading psychiatrist of the day. He was a quiet and isolated child who avoided interacting with other people. But he was a spectacular letter-writer, and he was a very visual thinker fixated on topics like chemistry. Einstein had a great deal of trouble socializing his whole life. As a child, his speech was severely delayed, and he had the habit of repeating sentences to himself. Although never formally diagnosed with autism spectrum disorder, many leading psychiatrists have concluded that he appeared to be on the spectrum. 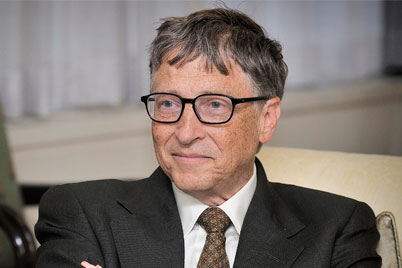 Quite a few autism experts suspect that Microsoft CEO Bill Gates is on the spectrum, citing his rocking motion when he’s thinking, his monotone speech patterns, and his avoidance of eye contact when he speaks directly with someone. An esteemed professor of animal science at Colorado State University and a subject of Oliver Sacks’ book Anthropologist on Mars, Temple Grandin didn’t speak until she was nearly four years old, but thanks to early intervention, she entered a mainstream kindergarten at the age of five and as an adult, revolutionized livestock treatment. Experts believe that Nikola Tesla, the true inventor of the light bulb, was on the autism spectrum. According to historical records, Tesla had many severe phobias, and he was extremely sensitive to light and sound. He isolated himself from other people and had a grand obsession with the number three.

Many people with autism find success in life. An autism spectrum disorder diagnosis for you or your child doesn’t mean the end of your dreams and aspirations. With an accurate diagnosis, appropriate therapies, and needed support, people on the spectrum can enjoy fulfilling relationships and long, satisfying lives.