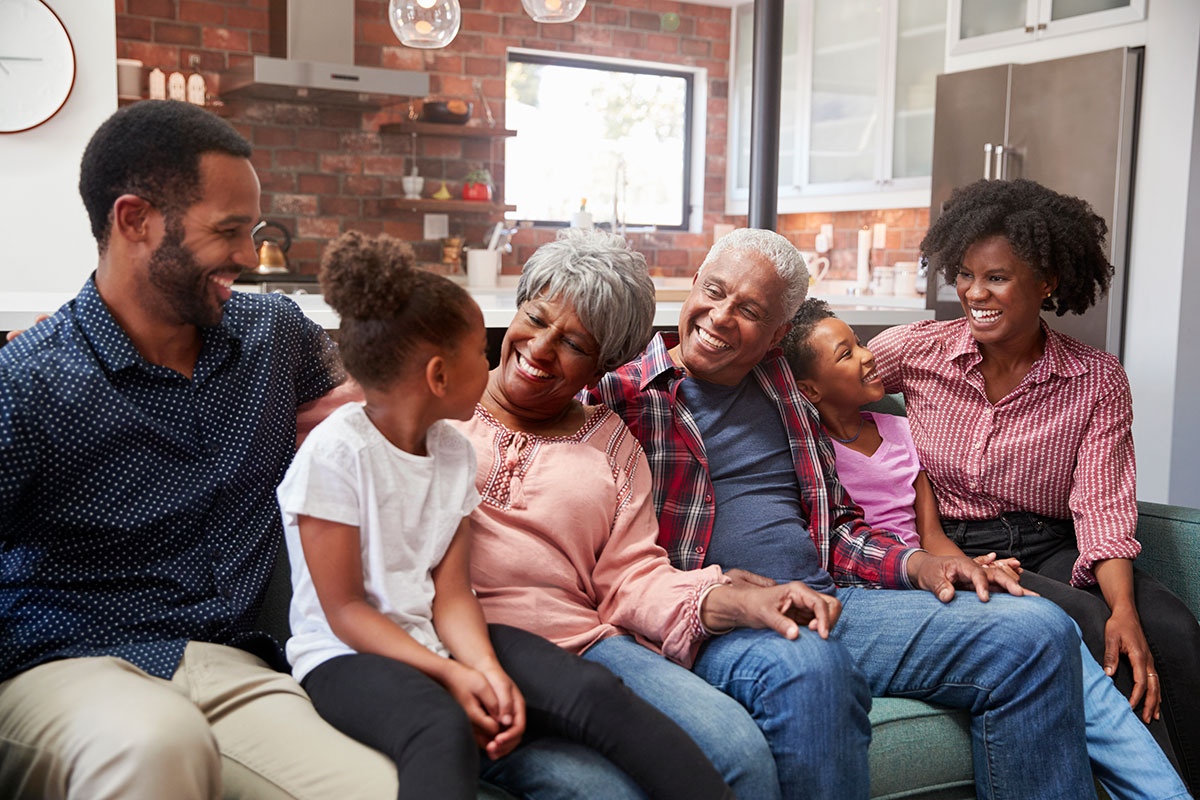 Two weeks ago in North Carolina, Jonathan Hayes was driving his pickup truck on heroin. He overdosed behind the wheel, lost control, and hit another vehicle. Two-year-old Mason Richardson was inside the other vehicle, and he died on impact. Mason’s pregnant mother was driving, and had her sibling in the passenger seat. Both were injured. However, no injury was as severe as the broken heart of Mason’s mom.

When the fire department and EMS arrived, they found Jonathan passed out from his heroin overdose. They administered Naloxone, better known as Narcan, a drug that counteracts opioid overdoses like those from heroin or OxyContin. It saved his life. This was the fourth time Narcan had saved Jonathan Hayes in the last six months. Also, since 2009, he has had fourteen criminal cases filed against him. This time around, it’s the second degree murder of a toddler.

“We are going to do everything we can to treat this like the violent crime that it is,” said District Attorney Ben David. However, there seems to be a debate forming around this incident and others like it. The debate is as to whether there should be a limit on the amount of times someone can receive Narcan and be saved from an opioid overdose.

The Push Against Reversing Overdose

Here is a comment from the Wilmington Star News article on Hayes and his murderous accident: “It’s a shame that he was given a second chance to live today, the little boy didn’t get one at all.”

Earlier this month, Staten Island, NY based South Shore Pharmacy began giving Narcan away for free to anyone who qualified as being at risk of an opioid overdose. Here is a comment from the Facebook page of the charitable pharmacy: “Disgusting, let’s give this to junkies for free so they can get high again a few hours later.”

It’s easy to see how people feel about drugs. However, drug addiction is a disease, and as hard as this may be to believe for some, those caught in an addiction sometimes make several mistakes before straightening out. Mike Page is a resident of Wilmington, NC, where Jonathan Hayes recently killed a young boy from a heroin-induced car crash. Page is a former heroin addict, and is currently a peer support activist and champion of addiction recovery for his community. Page has been revived with Narcan three times in his life.

The reasoning behind the push for a limit on Narcan administrations seems to be that more damage is done by saving addicts than letting them die. As absurd as this argument is, it seems that people are behind it. However, according to this argument, someone like Mike Page, who volunteers with the North Carolina Harm Reduction Coalition “educating law enforcement officers and drug users about naloxone,” may have been left for dead if the limit was two.

A State Without Narcan…

Kim Brown lives in Davenport, Iowa, and her 33-year-old son died of a heroin overdose. Davenport is one of the places in America where Narcan is not readily available to either law enforcement or the general public. In all of Iowa, only paramedics carry the anti-overdose drug. Brown has since started an organization called Quad Cities Harm Reduction, which is pressing to get Narcan into the hands of local law enforcement. Iowa is the only state in the region that doesn’t allow law enforcement to carry it.

“I don’t understand why we aren’t, why Iowa is not keeping their citizens safe,” says Brown. “Our surrounding states all have passed the law. But don’t let your kid come to Iowa and make a bad decision. They might end up dead.”

Changing a State of Mind

Ohio is a state being ravaged by the opioid epidemic in America. Eight people die of an accidental opioid overdose in the state every single day. Daniel Meloy is the Public Safety Director of Colerain, OH, a place hit just as hard as anywhere by opioid abuse. Meloy has been a law enforcement official for 28 years. Most of that time, he felt nothing for drug addicts who committed violent crimes due to intoxication.

Meloy says, “It’s hard to feel empathy for an intoxicated person who caused a crash when you are looking at innocent people he has killed because he got behind a wheel when he shouldn’t have.” Meloy was referencing Jonathan Hayes. However, as of more recently, he has changed his mind about drug addicts. All it took was a little education on drug addiction and the difficulties people face in overcoming addiction.

Meloy is now is a founding member of Quick Response Teams (QRT), an Ohio-based group formed in 2015 that takes a rather active approach to combating opioid addiction.

Following every single drug overdose in Colerain, a group from QRT, consisting of first responders and addiction recovery workers, visit the person who overdosed. They offer both access to recovery and case management. Amazingly, QRT has had an 80% success rate so far, entering four out of five addicts visited into treatment. Regarding people with such life-threatening addictions, Meloy says, “We need to get them the resources they need.”

Narcan saves lives. As a matter of fact, according to the Centers for Disease Control, it has reversed well over 10,000 opioid overdoses since 1996. It’s very likely that number is much higher, considering public access to Narcan as in the case of South Shore Pharmacy. Dan Bigg founded the Chicago Recovery Alliance, just another community-based activist group aimed at ending the opioid epidemic, and he says best what supporters of Narcan are saying: “I don’t think we will have successfully dealt with this [epidemic] until naloxone is available over the counter at an affordable price.” Virtually every disease aside from drug addiction has medications available over the counter to fight it.

Believing that the first responders on the scene of Jonathan Hayes’ horrible accident should have let him die is playing God. Choosing who gets to live or die is essentially murder.

If a medication exists that can save the life of an overdosing heroin addict, then who decides who gets it?

Blaming Narcan for the devastation caused by drug addiction is like blaming a diet pill for making people obese. People with the argument for limiting Narcan doses should consider how pharmaceutical companies push their opioid medications. They should consider how doctors nationwide over-prescribe these medications, causing addictions. They should be aware that from 1999 to 2010, fatal ODs from opioid meds quadrupled, and that over half of young heroin addicts began with a prescription drug addiction. Plus, heroin and illegally obtained pills don’t require insurance; it’s much, much cheaper to score on the street than it is at the pharmacy.

Speaking along the lines of blaming diet pills for obesity, let’s acknowledge Jim Albright, Director of EMS in Guilford County, North Carolina. He sees drug addiction as a disease, as do most scientists and experts on the topic. “We often treat diabetics… numerous times before they can regulate their insulin and intake. Most medical care providers see opioid addiction similarly…,” says Albright.

We wouldn’t take insulin away from a diabetic if they ate too many cookies.

What if Narcan were Limited?

Let’s take a second and imagine a scenario where Narcan is limited. Say Jimmy is a heroin addict who has been revived by Narcan three times. His limit is four. Now, one day after college classes at UCLA, Jimmy goes to his dorm room and fixes up a needle. Right as soon as he injects, his mother calls his cell phone. He fumbles for the phone in an attempt to turn it off, but he accidentally hits the speakerphone button. His mother keeps asking, “Hello?” but Jimmy can’t hear her. The fentanyl in his heroin is forcing his heart to slow down and his lungs to stop working.

In a moment of fate, Carlos, the resident advisor of the dormitory, walks by Jimmy’s room. Carlos notices the door is ajar, and hears a woman repeating the word ‘hello.’ Opening Jimmy’s door, Carlos sees him on the floor, clearly having a drug overdose. He calls 911, and within minutes the paramedics are on the scene. The Narcan Jimmy needs to live is right there, in one of the medics’ pockets. However, Jimmy has reached his limit, and by law, cannot receive Narcan.

Nobody hung Jimmy’s cell phone up, either. So now his mother is fully aware of what’s going on, and begins to scream, “OH MY GOD, NO. NOT MY BOY! SAVE HIM!”

Would you break the law if you were a paramedic in that situation?

There is no patent on Narcan, because it has expired, because it’s been used for years. Adapt Pharma is one of the pharmaceutical companies that manufactures it, and a move they made in January of this year speaks volumes to the benefits of Narcan.

In partnership with the Clinton Health Matters Initiative, Adapt Pharma is giving away Narcan to every high school in the country. A lot of high school staff members cannot administer the drug without parental permission, and some high schools do not allow their staff members to administer medication to students at all. However, Rain Henderson, CEO of the Clinton Health Matters Initiative, believes that once schools begin to show positive results, more schools will take to the idea.

As of now, states are all over the place. Rhode Island requires every single public middle school and high school to have Narcan on hand. Maine has twice voted down propositions to make Narcan more available, on the grounds that it would give addicts a false sense of security. Henderson dismisses this idea. “We have seen lawmakers and law enforcement officials reverse their position, especially when they see the data showing that it’s just not true.”

If you still believe Narcan to be unsafe, unnecessary, or downright dangerous, consider the opinion of the National Association of School Nurses (NASN). In a position statement released in June of last year, the NASN advocated very heavily for Narcan to be in public schools. The NASN believes “that the safe and effective management of opioid pain reliever (OPR)-related overdose in schools be incorporated into the school emergency preparedness and response plan.”

Opioids killed over 28,000 Americans in 2014. The figures for last year and for this year are not available yet, but it’s likely they’ll be close. Accidental drug overdose is now the number one cause of injury-related deaths in the country. Narcan potentially could have saved countless lives, and in reality already has. Why limit the amount of times someone can receive it? That’s essentially a death penalty for having a disease.

If you or a loved one is struggling with a heroin addiction don’t hesitate to seek help. We at Arrow Passage Recovery are here 24/7 to answer your call and give you the help you need to beat your heroin addiction today.